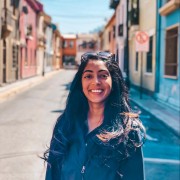 Before you start reading this post, I’ll tell you in advance that I did a fantastic job at driving this ATV. I’m not lying. Just ask Amos. While Amos and I were in Mykonos, we decided to rent an ATV for 24 hours. (I’ll tell you all about our trip to Mykonos in another post. We were there a month and a half ago and I still dream about it). The staff at the hotel we stayed at convinced us to rent one so we could see the entire island. After we got our ATV, we decided not to use any maps or the GPS on our phones. *Fun fact: My name means “direction.” It’s a misleading name because I’m pretty directionally challenged.* Our goal was to just start driving and to get lost. We wanted to lose ourselves in the beauty of the island. The island is pretty small so we knew we would eventually find our way back to the hotel.

The first day we had the ATV, we explored the north side of the island. We went up and down many narrow and bumpy roads. These roads led us to various beaches, up on the mountainside, and in between many of the picturesque white houses you see in videos of Greece. The views were just out of this world. We had the ATV for about three hours the next day. We were determined to explore the southern part of the island as fast as we could before we had to return our ATV. Once again, we did not use any maps or our GPS. On the second day, we mostly explored beaches. We’re total beach people. Beaches are our thing. We drove for about an hour and stumbled upon some of the most incredible beaches we have been to. That is saying a lot because we have been to quite a few beaches all over the world. Aside from the beauty, hardly any people were at the beach. We basically had the beaches to ourselves. We were able to completely soak in the scenery without a ton of people around. That is a beach lover’s ultimate dream come true. 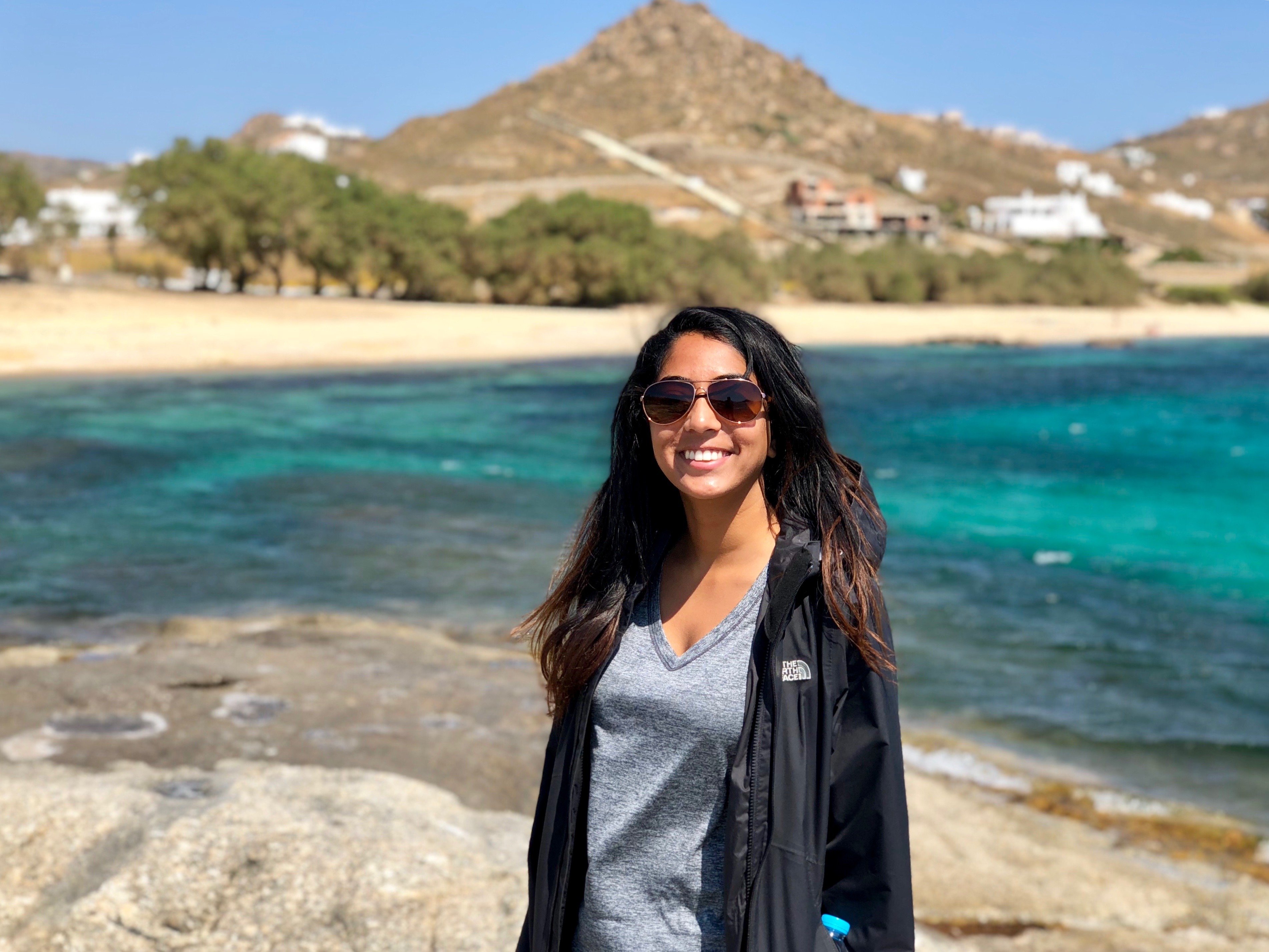 I’m not a huge fan of driving around aimlessly, but I am so happy that we decided to just get lost. Had we used our map or GPS, we would not have stumbled upon these majestic beaches. We would have just stuck to main roads and we wouldn’t have ventured down some sketchy dirt roads that led us to these beautiful beaches. I realized how getting lost in Mykonos was such an important metaphor for life. In life, we are given certain guidelines AKA maps that we should strictly follow. The map for my life included being the valedictorian of my high school class, graduating college with a 4.0 GPA, becoming a doctor, getting married to an Indian guy my parents chose for me, and never disappointing my family’s name. You already know that I clearly did not follow the map that was given to me. Everyone’s map is different; everyone has different expectations they “should” uphold. However, when you throw that map away, I promise you that amazing things will happen. I will be the first to admit that tossing that map in the trash takes a lot of courage and boldness. We’re expected to strictly follow this map that people give us. Isn’t that crazy? 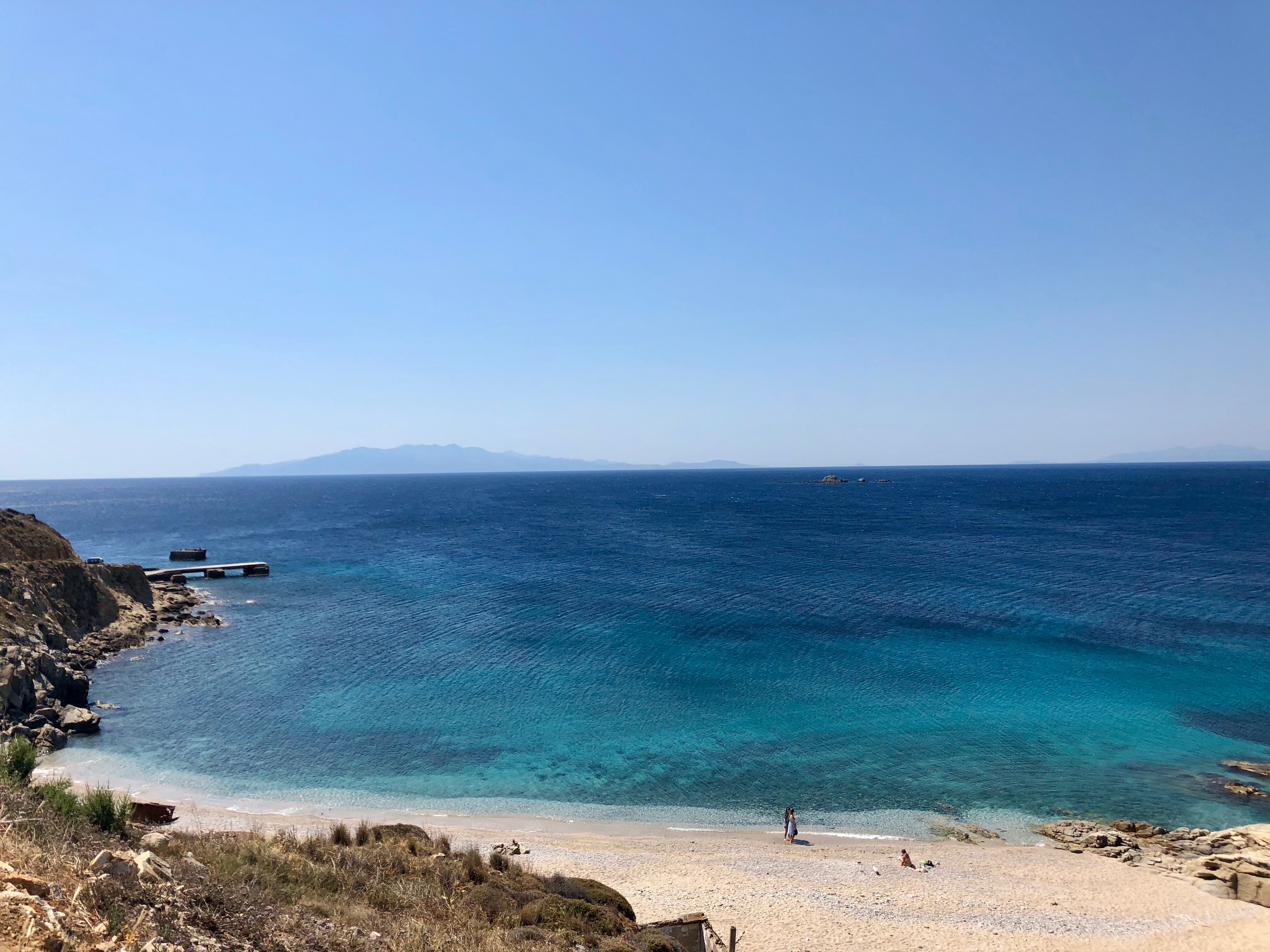 Disha is a travel and lifestyle blogger who has visited 85+ countries with South Africa and the Maldives being her favorites. She gets butterflies sharing her travel and life experiences through words. She loves freedom, sunflowers, and long walks on the beach with her husband. She's obsessed with helping others live a life they don't have to escape from. Lastly, she makes travel more accessible and attainable for others. 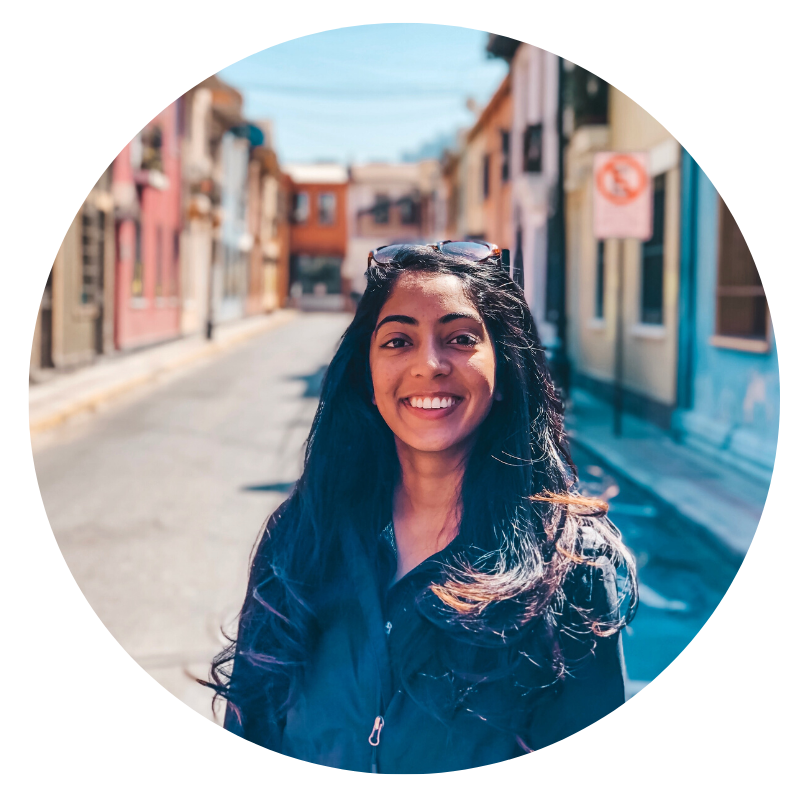 I’m Disha and I was disowned by my parents for marrying someone outside of my race. Since then, I decided to start living the life I dreamt of for myself and to stop living a life that was built around conformity. I escaped the stereotypical life I was told to live and have visited 85+ countries. I help you turn your travel dreams into a reality by teaching you how to make travel happen by providing practical tips and genuine advice. I’m here to show you that you’re capable of creating a life that’s full of travel and adventure, despite your odds. I’m going to help you hit the road and turn your passion for travel into a lifestyle where you can travel wherever and whenever you want. Your dream life begins here!

Disha Smith
Read More About Me

Sign up to get the best travel tips and inspiration sent straight to your inbox!